Home BOARD OF DIRECTORS 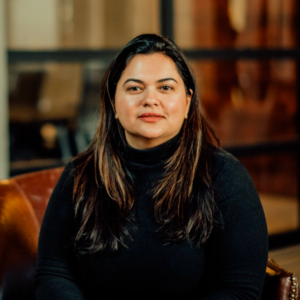 Aditi Joshi is on a lifelong mission to support the work of the United Nations. Inspired by her grandfather’s contribution as a FAO scientist & World Bank consultant to alleviate the global food crisis through sustainable agriculture, Aditi strongly believes her life’s work resides in helping those in need and that her actions should always speak for her as a person. Her life’s experiences resulting from residing on 4 continents have provided her with a deep insight into the developmental needs of diverse economies and cultures.

Michael R. Anderson is an Associate Professor of Instruction and the Director of the International Relations and Global Studies (IRG) undergraduate major program at The University of Texas at Austin, where he is also a distinguished scholar with the Strauss Center for International Security and Law and a faculty fellow of the Clements Center for National Security. A historian by training, Anderson’s research interests focus on trans-Pacific intellectual networks and unofficial diplomacy in the twentieth century. He is the co-author of Political and Economic Foundations in Global Studies (Routledge, 2019) and the associate editor of the Oxford Research Encyclopedia of the History of American Foreign Policy (Oxford, 2021). Since 2013 Anderson has been the faculty director of the IRG in France study-abroad program. In the spring of 2019, he was awarded the Leslie Waggener Centennial Teaching Fellowship in recognition of his contribution to undergraduate honors projects in the College of Liberal Arts. He lives in Austin with his wife and two children. 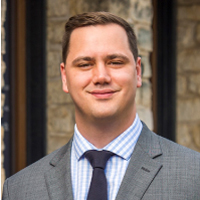 Trevor Bakir is a CERTIFIED FINANCIAL PLANNER ™ practitioner at TNT Asset Management, LLC. Trevor graduated with a Bachelor of Business Administration in Corporate Finance and a Minor in Accounting from the McCombs School of Business at The University of Texas at Austin. Upon graduating Trevor joined the U.S. Army where he was stationed in Tokyo for three years. After leaving the service Trevor felt compelled to find a way to serve his community. This led to him working as a senior accountant and senior financial analyst at Goodwill Central Texas, one of the largest non-profits in Austin. Trevor transitioned to the private sector in 2017 when he joined TNT Asset Management, LLC, a comprehensive financial planning firm. As he moved to individual financial planning, he looked for ways to continue serving the community. He is currently the treasurer of the United Nations Association – Austin Chapter. 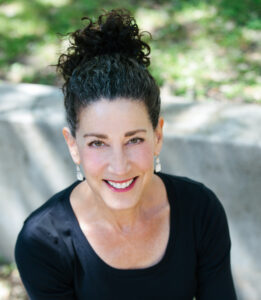 She studied and worked in Europe (Belgium and Italy) for ten years and speaks English, French, Spanish, Italian and some Dutch.

Julie holds an M.A. in International Relations from the Johns Hopkins University School of Advanced International Studies and a B.A. in History from Georgetown University. 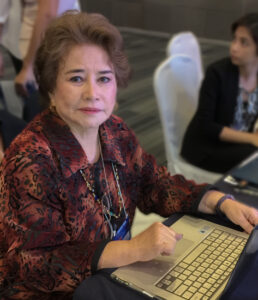 Over the years, the opportunity to serve on numerous boards provided insights into innovative problem solving and creative approaches to traditional challenges. Multi-lingual  from birth, with an established worldwide network and foreign residences, Ms. Morelos-Chan is honored and enthusiastic about serving a hallowed organization that succeeds in helping so many in a world that has much to offer.

Mother to 2 daughters practicing Law and Environmental Program Management, grandmother to 5. Ms. Morelos-Chan remains active in faith-based initiatives and community causes and has been a recipient of Awards and Citations over the years. 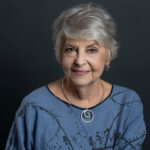 Rosemary Morrow
Rosemary Morrow is a sixth generation Texan, having grown up in Cuero, DeWitt County, Texas. She “retired” in 2017 after forty-nine years in Texas public education. She does not use the term “retired” but says that she works for little or no pay. She serves as a social studies consultant and is active in community service. Rosemary Morrow supports K-12 public education and quality pre-service training for Texas teachers. She continues to participate in social studies-related professional development to stay current with teaching strategies, content, and technology. Although her Texas roots go back to the late 1830s, she believes in equality for all people and respects the diversity that the global society brings to the Austin community and to her life. 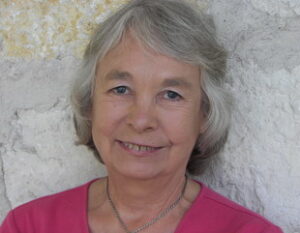 Margie Kidd began her career in international exchange at The University of Texas at Austin. She retired in 1998, as Director of the International Office, and she and her husband, Richard, became Volunteer Ambassadors for the Texas-Exes while engaging in extensive global travel aboard their trawler, ‘Miss Texas’, visiting UT-Austin alums and former visiting scholars.
Ms. Kidd has been an active member of many professional, civic, and cultural organizations, holding various offices and serving on numerous boards including the Association of International Education Administrators (AIEA), being a founding member and serving as its President. She has been the recipient of a number of grants and fellowships, including the Malone Fellowship to Oman and the United Arab Emirates, a grant from the State Education Commission of the People’s Republic of China, two grants from the Republic of China (Taiwan), and a grant from the Fulbright Kommission of the Federal Republic of Germany.

Ms. Kidd has been the Executive Director of GlobalAustin since 2010

Dr. Molly O’Neal is a former Foreign Service Officer in the U.S. State Department whose career, from 1989 onward, was devoted to the relations of the U.S. with Central and Eastern Europe, Russia and Eurasia.  She served in senior positions in the U.S. embassies in Tbilisi, Baku, Tashkent and Moscow, in the Policy Planning staff at the State Department under Secretary James Baker, and as a political advisor at the London headquarters of the European Bank for Reconstruction and Development.  She is a native of Texas, and did her undergraduate degree in the Plan II Honors program at UT Austin.  She speaks Russian, French, German and Spanish.

Ms. Kidd has been the Executive Director of GlobalAustin since 2010

A long term Austin resident, Ann became involved with the humanitarian crisis that occurred at the Texas border in the spring of 2018, and was the first President of TeamBrownville, Inc.

She brought her passion and concern for the asylum seekers to the Austin community through a series of educational/awareness events.  In 2020, Ann was honored to receive the Inspire Humanitarian Award from the United Nations of Austin group. Ann is a member of the board of La Posada Providencia, Kairos prison ministry council, Pan American Roundtable executive committee and various other community groups.  She is a mother, a grandmother, a social justice activist, a real estate broker and a landlord.

Adrienne Carter is past President of the United Nations Association Austin Chapter. She has been heavily involved with nonprofits focused on international, humanitarian, and IT serving through leadership positions. She is currently an Enterprise Architect for a government agency and has worked in IT with government and corporate for over 30 years. She also has traveled extensively through her international IT and business consulting. As an entrepreneur, she has worked as an advisor and owned multiple companies. Her education is a BA from Concordia and an MSTC from McCombs, University of Texas, Austin. 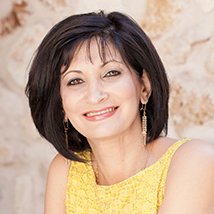 Felora Derakhshani brings with her a long tenure to community service and has been an advocate for women’s causes and peace for a very long time. In addition to being a nuclear engineer and an author, she also owns a consulting company that provides innovative leadership and professional development programs.

She has served as the president of many non-profit organizations including Peace Through Commerce Inc., Interface Action of Central Texas (iACT) and ACT Women. She currently serves on the board Center for Global Business at McCombs School of Business at University of Texas at Austin.

Lala Niemeyer serves actively in many different organizations, often in leadership positions. She currently holds membership in the Pan American Round Table; the Spanish Coffee; the Central Texas Retired Foreign Service Association; the Association of University Women; the Austin Association of Federated Women’s Clubs, where she is the past program chair; and the International Good Neighbor Council, where she also is the Vice President of the Austin chapter and just stepped down as Chairman of the International Scholarship Section. She also is on the board of RoAnns of Austin (part of Rotary International).

Lala holds a B.S. in Elementary Education from the University of Texas and has taught English and Spanish in four countries (Guatemala, Philippines, Chile and the United States).

She is the mother of two boys and the proud grandmother of twin high school sophomores Carl and Sam. 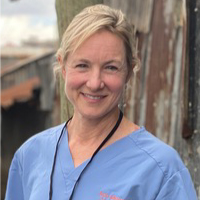 Ann Messer, MD, is a Board Certified Family Physician and has been practicing family medicine and urgent care for 30 years. She has a special expertise in Global Health. Dr. Messer is a Fulbright Specialist with the United States Department of State, teaching core clinical competency in medical education in developing countries. A graduate of Rush Medical School in Chicago, Dr. Messer did her residency work at Harvard in a triad of internal medicine, psychiatry, and family practice. This prompted her early interest in the importance, for both the patient and the doctor, of anticipating the stress points in every medical dynamic.

Dr. Messer is the Executive Director of One Good Turn, a global health nonprofit partnering with organizations worldwide to provide medical support and education to underserved communities. She has worked with neglected populations in extreme conditions around the world. In the field, Dr Messer has experienced many of the concepts that are covered in her lecture on the effects of stress on first responders who must often deal with
unexpected events. Dr. Messer lives in Austin with her husband Tim; their three grown children are nearby, and together they enjoy outdoor sports, good food, and the family dog, Ziggy. 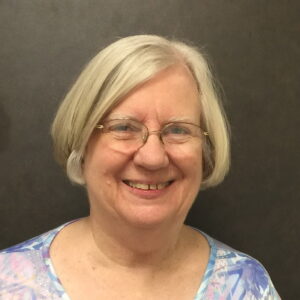 Judy Sadegh has a BA in German and English, MSW. She grew up in the midwest in a family with long history of pacifism, and worked in Child Protective Services for 35+ years. Judy first visited the UN at 12 years of age and is a National Board Member of Unitarian Universalist United Nations Office and has been attending NGO conferences for several years at the UN. Since 2000, she has been actively involved with the United Nations Association, serving in various board positions including President of Austin Chapter.